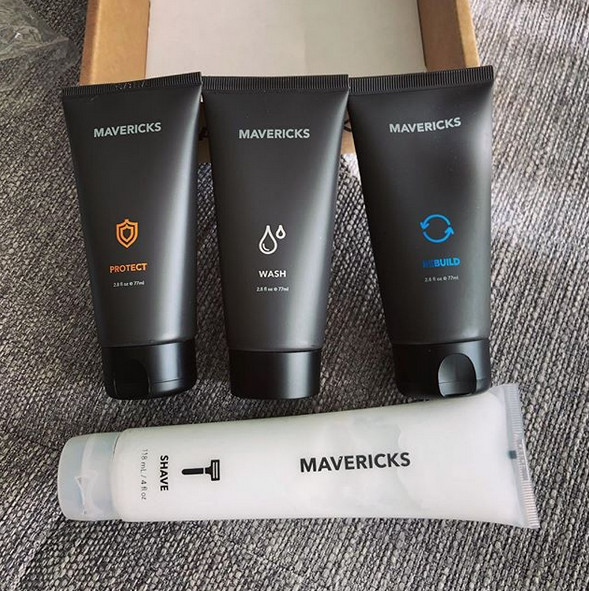 I posted this teaser shot on Instagram a few days ago to let you guys know a review was coming, but if you’re not following me on Instagram (you should be – click the Instagram box over on the right sidebar), here’s the scoop.  Mavericks reached out to me and asked if I’d be interested in reviewing their face kit and shave cream.  I said sure, and they sent everything over.

Full disclosure: I’m not being paid anything to write about them or to give a favorable review.  In fact, if their stuff sucks, I’ll either tell you it sucks or not even bother writing about it at all.  It’s important to me that you know I’d never shove something down your throat if I thought it was crap.

Now, with that out of the way, I’ll be breaking the Mavericks review down into two separate posts, one for the shave cream and one for the face kit.  First up, the shave cream.  This one is easy because you only have to use it once to know this stuff is seriously legit.  Maybe even the best shave cream I’ve ever used.  It doesn’t contain synthetic dyes or fragrances, and it’s free of parabens, sulfates, phthalates and microbeads. The company was founded by MIT students and has its headquarters in San Francisco, CA, but the best part is, the products are manufactured right here in the USA. 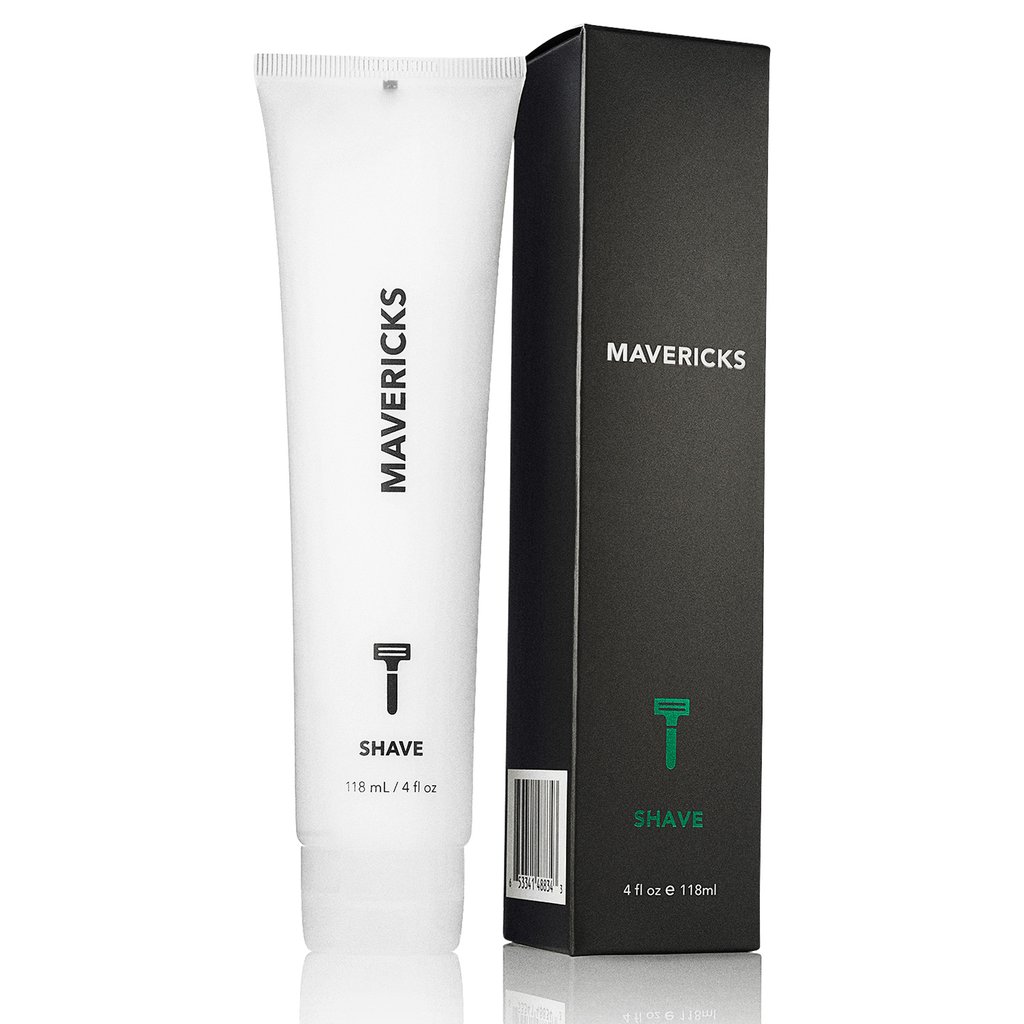 Mavericks shave cream contains built-in moisturizer, shave cream and aftershave which helps prime, protect and refresh your skin post shave.  The consistency of the shave cream is somewhat thick and the peppermint fragrance comes from organic peppermint extract.  It’s subtle and the feeling after your shave is totally refreshing.  It doesn’t lather up like traditional foaming shave creams and gels so you can easily see where your razor is.  I’ve used other non-lathering shave creams before, but they were all too thin and would easily break down causing me to apply more.  That’s not the case with Mavericks.  It’s thick enough to stay put and smooth enough to let your razor do its work.  It’s like the perfect combination of consistency and lubrication that allows it to deliver protection without getting in your way.  It compliments the razor perfectly.  So, is this the best shave cream ever?  It just might be.

Since I have a beard, I use an electric shaver on my cheeks and neck, but I do shave my torso and nuts with a traditional razor, so I get a lot of mileage out of my razor and shave cream.  My go-to shower shave cream for body grooming has been Aveeno Therapeutic shave cream, but it’s being replaced with Mavericks.  It’s seriously that good!  Since we’re talking about shaving, I have to add that I’m also a huge fan of Shave Mob 6-blade razors.  I’ve been using them exclusively for the last few years and if you want to try them out, I highly recommend it.  Hit that link and try the 6-blade Caveman.

In short, these guys hit a home-run because the Mavericks shave cream is excellent.  I would absolutely recommend it and I think you should try it.  Hit any of the shave cream links in this article and get some for yourself.

THERE’S A LOT OF OPINIONS ON WHETHER OR NOT MEN

PERFORMANCE FABRICS ARE CRITICAL WHEN THE WEATHER

RAISE YOUR HAND IF YOU’RE READY TO SOCIALIZE IN

LIFE ISN’T ALWAYS PERFECT, BUT YOU ARE! JUST AS