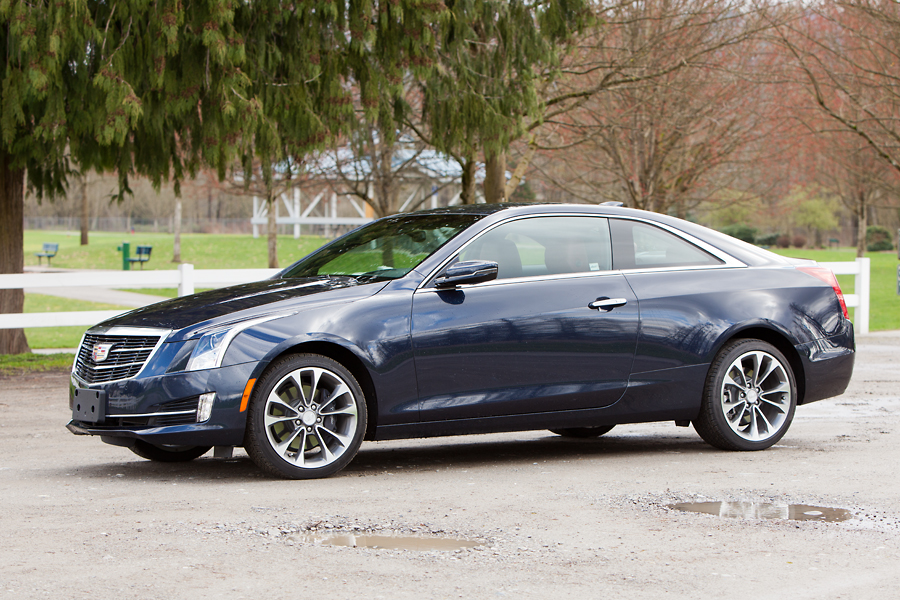 A few weeks ago I put my name into a hat for the opportunity to test drive a new GM vehicle for an entire week.  I never thought I’d hear back from anyone, but to my surprise I did.  Apparently, General Motors Special Events Media Group will loan out new cars & trucks for special events when there’s something going on in town.  When there isn’t anything going on, they’ll loan these vehicles out to “area influencers”.  I’m not sure I qualify as influential, but I was beyond thrilled to be selected for the loan program. 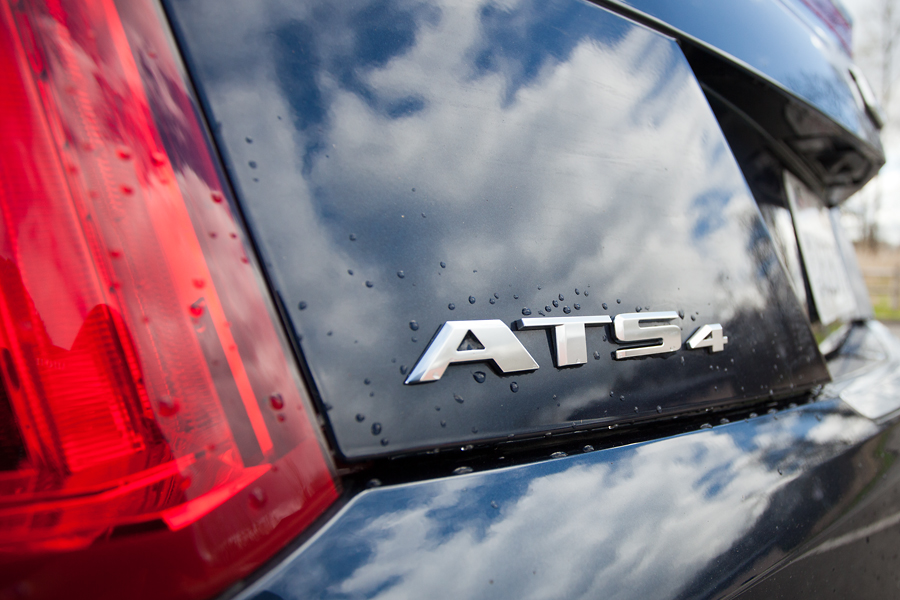 They provided a list of new vehicles I could choose from such as SUV’s, Trucks, Hybrids and compacts, but as soon as I saw the Cadillac ATS Turbo on the list, I had to see if it was available.  It was!  Delivery and pick-up couldn’t have been easier.  They dropped it off at my doorstep with a full tank of gas and picked it up a week later. 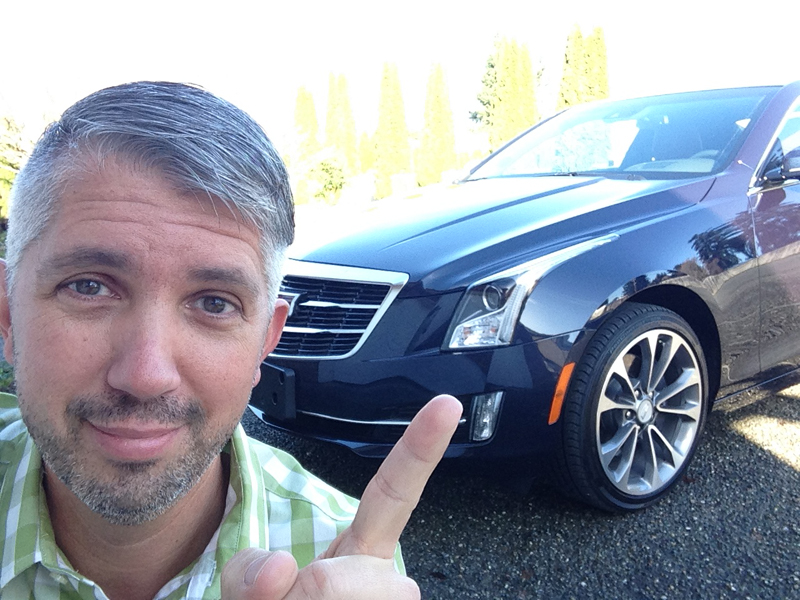 What a gorgeous car. It’s the all-new 2015 Cadillac ATS Turbo Coupe AWD, and it was loaded up with the Premium package. The exterior was dark blue and the interior was a mix of red and black leather, carbon fiber and polished aluminum. It’s a fantastic place to spend time while sitting in traffic. The car even has its own 4G LTE WiFi connection. I think I read that you can connect something like 7 different devices to it at a time. It worked great and never failed. 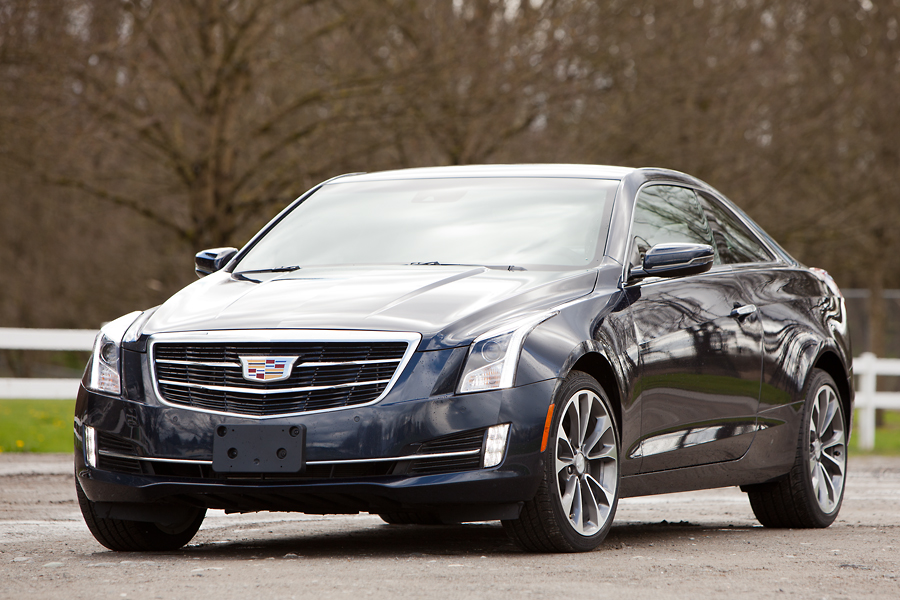 I had a friend flying in from Houston and we were both taking a business & marketing workshop that weekend, so I was able to pick him up from the airport and commute into Seattle all weekend with the Cadillac.  The driving dynamics were firm and comfortable without being harsh or too soft.  The steering was weighted perfectly for me
and the brake feel was spot on.  The interior fit and finishes looked and felt high quality and dripped with luxury performance. 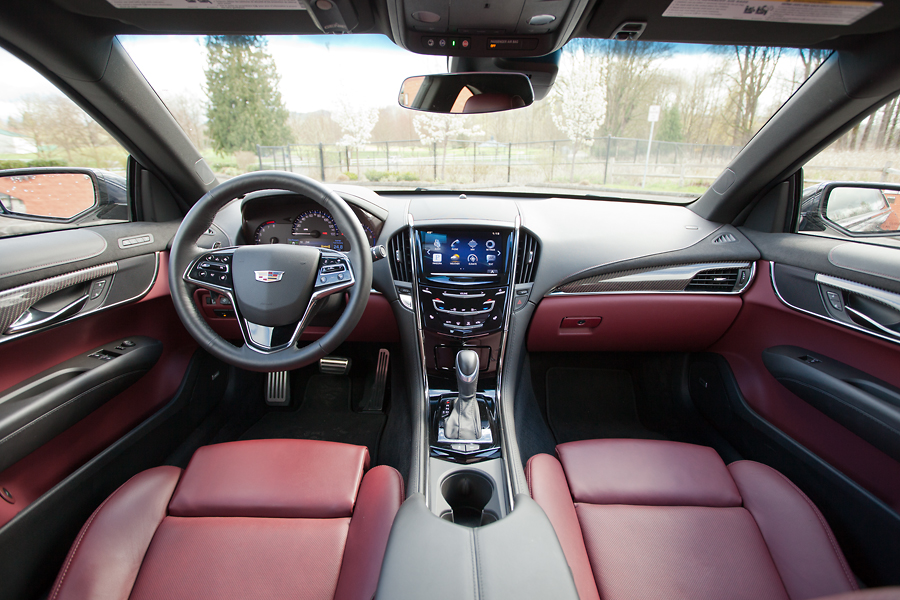 I currently own a 2013 Ford SUV with the My Ford Touch SYNC system, so I was really looking forward to comparing it to the Cadillac CUE interface. I can report that they both perform voice commands as they should, but the user experience and interface of the CUE system are miles ahead of the Ford system. The overall aesthetics are much nicer on the eye, the motion tracking within the Navigation window is night & day better than the Ford and the ability to ‘pinch-zoom’ on a map is brilliant. I was encouraged to use On Star for directions, but I never used it. I wanted to test out the voice commands and compare it to the Ford. The CUE system passed all my unqualified tests with flying colors. It was easy to learn and remember the function button placements on the Home screen so even with a short time in the car, distractions were minimal. I was highly impressed with the CUE system overall. 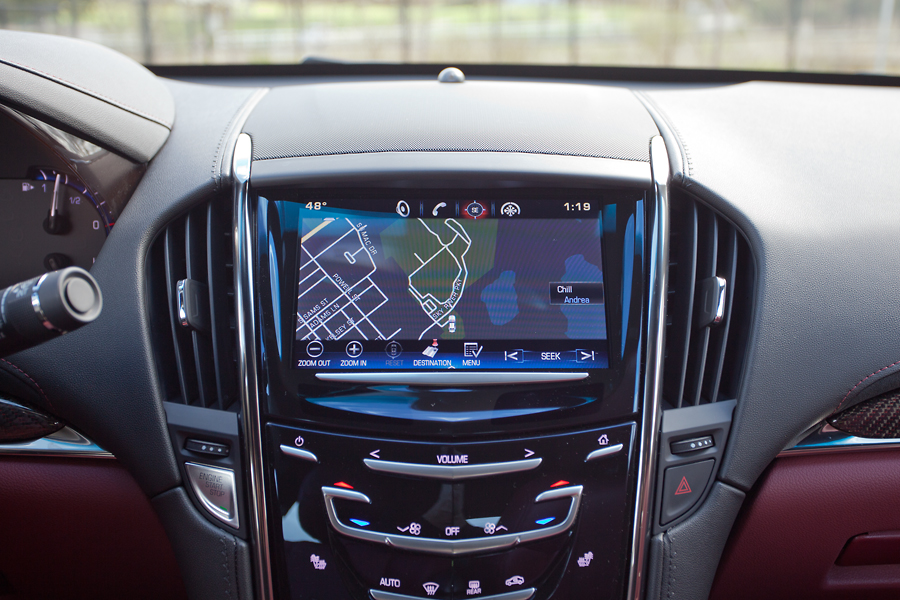 Driving that car makes you feel like a big shot.  That’s difficult to quantify, but how a vehicle makes you feel is something a lot of people pay attention to.  Some people buy a car as they would an appliance.  They make decisions based purely on MPG or safety ratings or if all their kids will fit inside.  Other people buy cars more on emotion or power and how it makes them feel.  I would argue that most BMW, Audi or Mercedes owners buy into those brands because of how you’re perceived and how that makes you feel.  We’ve all heard you can’t buy happiness, but you can buy a vehicle that makes you happy.  That’s an intangible quality that’s worth whatever YOU feel it’s worth. 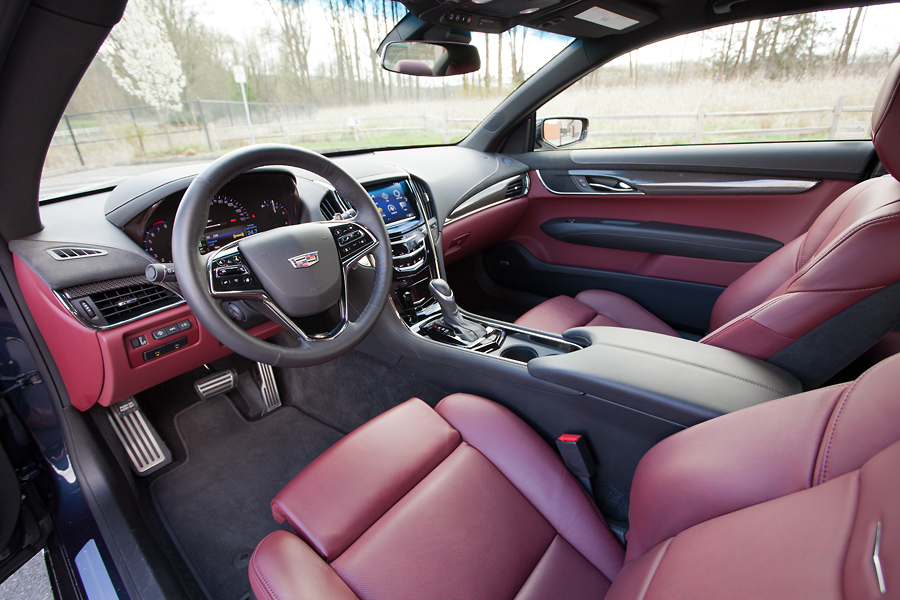 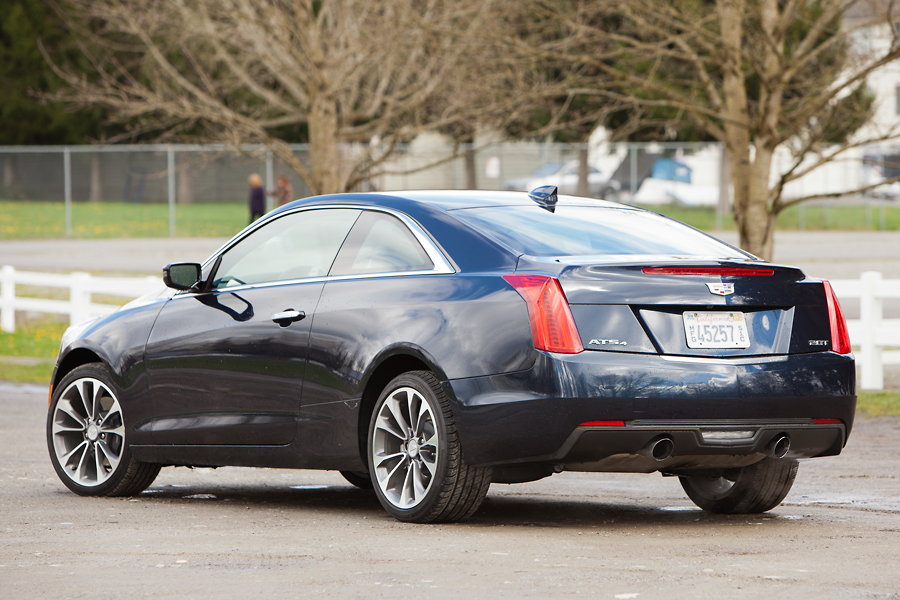 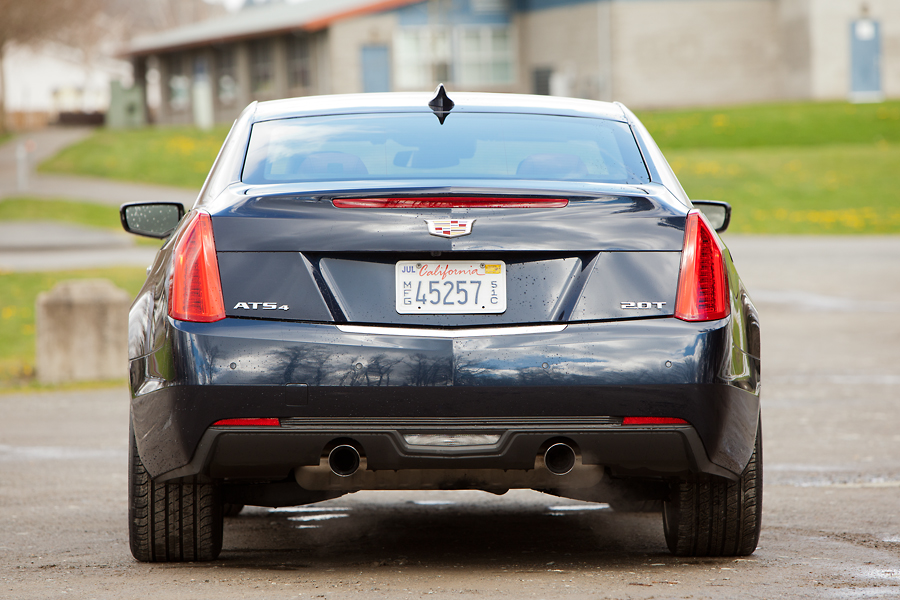 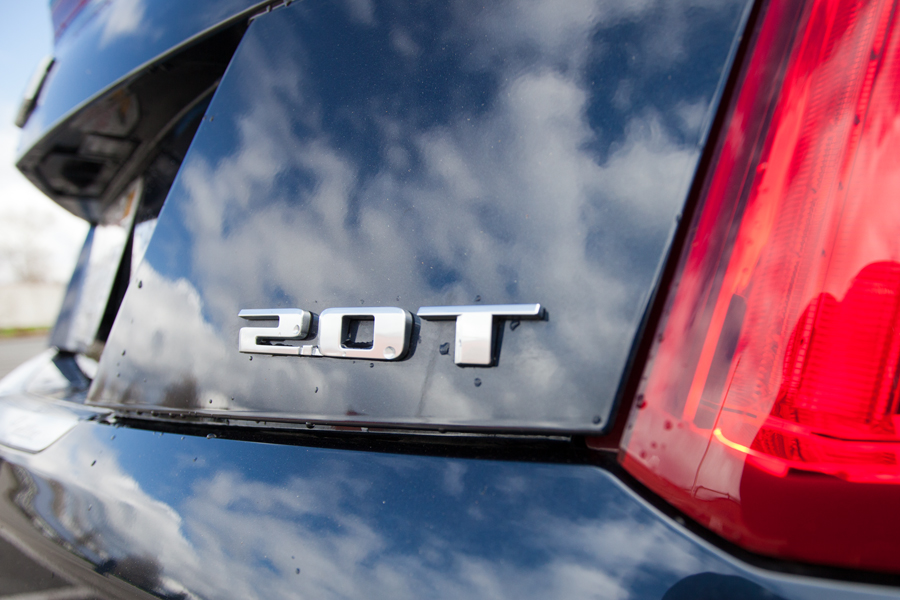 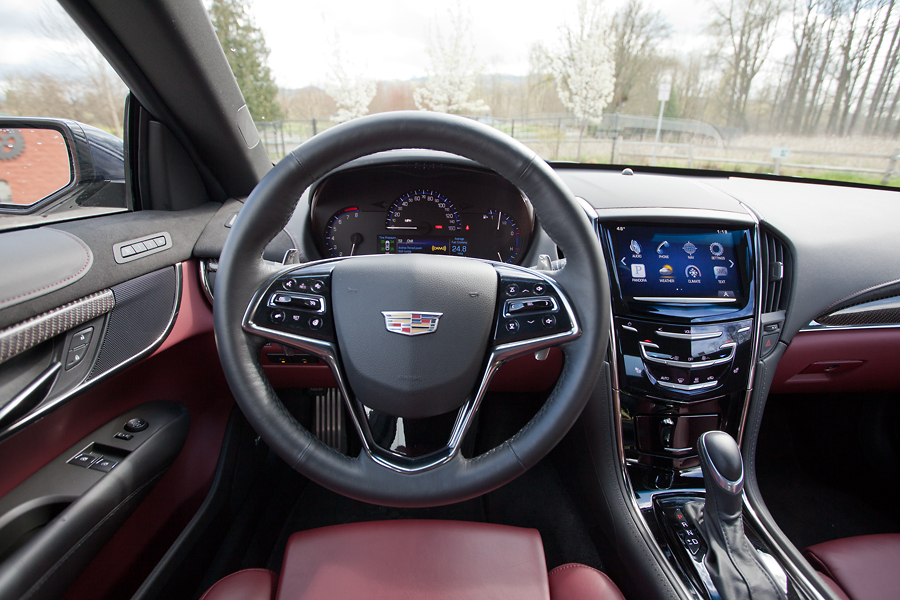 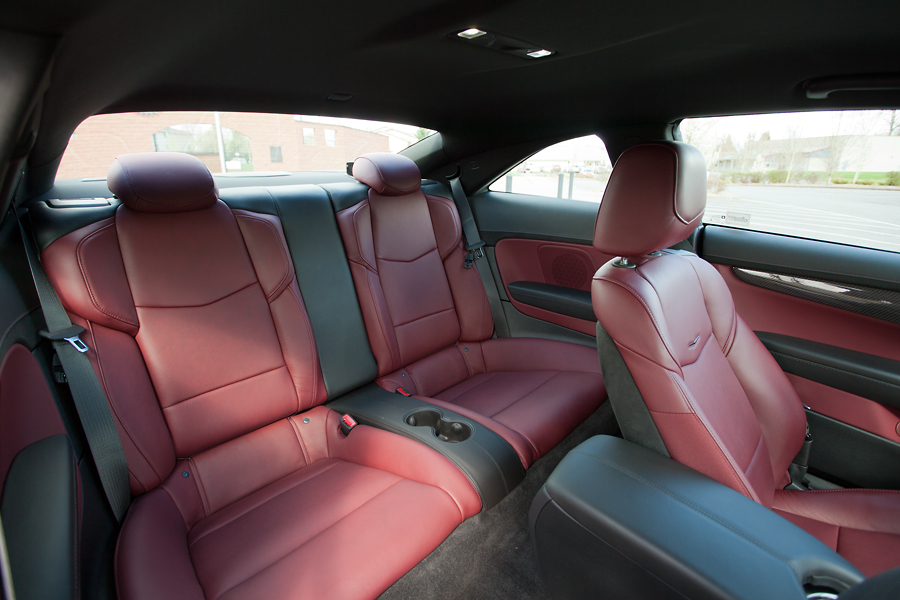 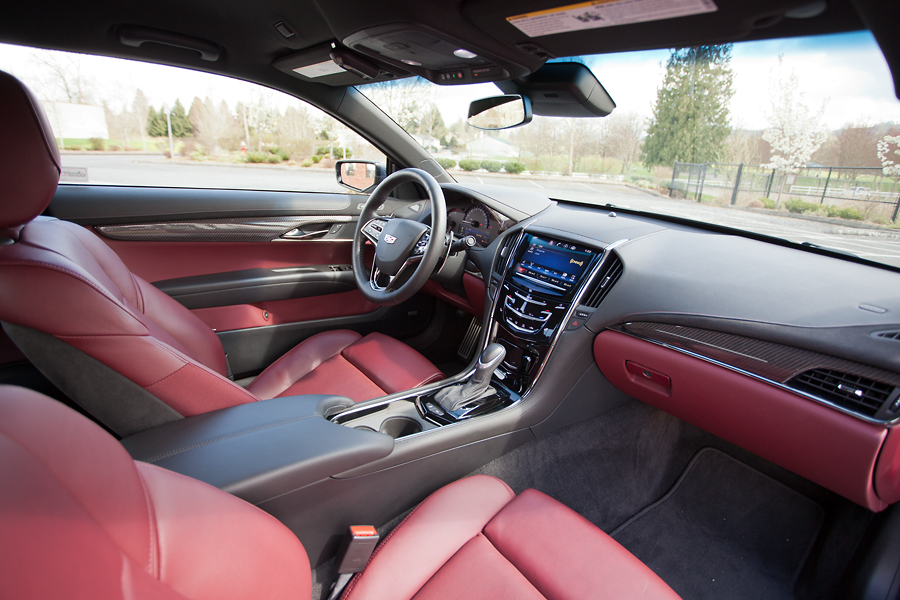 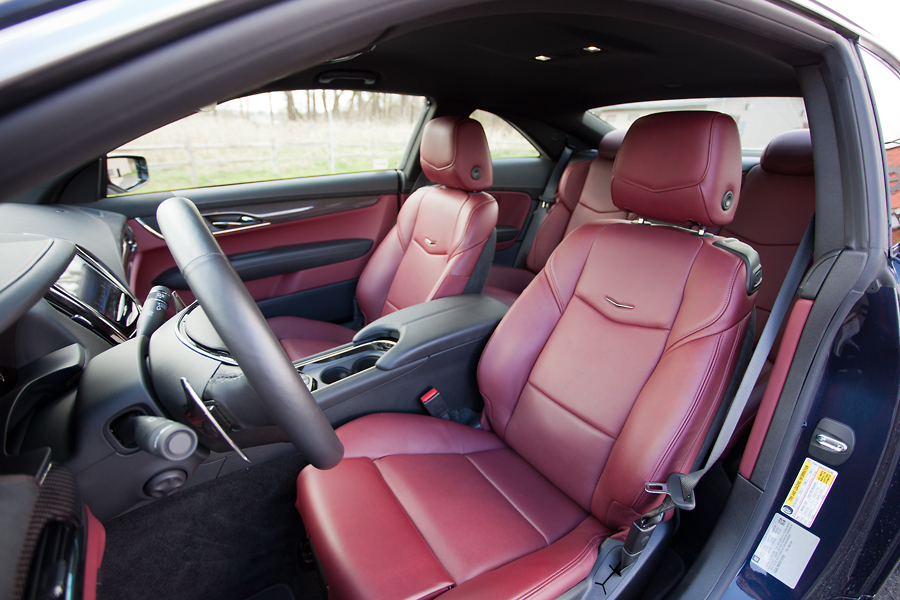