Hello friends! Today I wanted to talk for a minute or two about button down collars. When you should wear one, when you shouldn’t wear one, and why I personally like them.

So, here’s a brief history lesson; Button-down collars, or “sport collars” are made with the collar points fastened down with buttons. They were first introduced by Brooks Brothers in 1896. As the story goes, John Brooks went to England and while he was there, he watched a POLO match. During the match, he noticed that the players’ shirt collar points were fastened down to stop them from flapping around. He liked it so much, brought that idea to dress shirts and the idea stuck.

Button down collars are less formal.

The other thing to note is those tiny buttons. They’re super small and if you got some fat fingers they can be a pain to get buttoned. Because they’re so small and difficult to deal with, if you tug on them a lot and if they’re not sewn on properly from the manufacturer, they can pop off.  So just be careful and keep an eye on them. 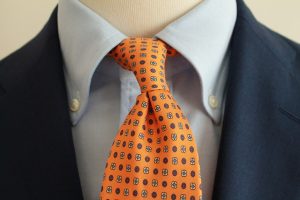 It keeps your collar points under control.

Personally, the biggest reason I like button down collar shirts is the collar points stay down where they’re supposed to. If you’ve ever struggled with trying to keep your collar points inside your sweater, you know where I’m coming from.  The only person that could let collar points fly was Ellen DeGeneres. Even though she’s pretty awesome, it’s just not a good look. Especially for men because flopping collar points outside your sweater looks sloppy. Since you’re taking the time and effort to choose your wardrobe, start thinking about the small details like this. 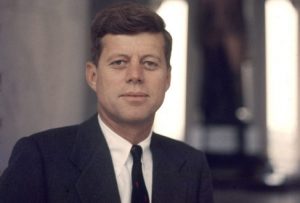 The buttons are not optional.

One last very important detail I wanted to address. The collar buttons are not optional in my opinion. If your shirt has a button down collar, it needs to be buttoned. Now, I totally understand the Sprezzatura attitude and the casual nonchalance of some menswear fans. But I’ve seen way too many sloppy unbuttoned collars and it’s pretty clear it’s not because they’re purposely trying to wear it Sprezzatura style. In my opinion, consider it the same thing as walking around with your fly unzipped, on purpose. 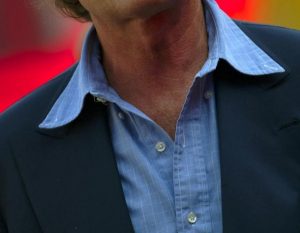 Most button down collar shirts will have stripes, checks or some sort of pattern which also indicates the casual feel of a shirt like this. The fabric can also be heavier indicating a more casual, cold-weather shirt or a work shirt. I have several button down collar shirts. And as I sit here and think about it, they’re almost a part of my daily uniform. A lot of people ask if you can wear a tie with a button down collar, and the answer is, absolutely yes!

Gentlemen, really quick, the entire reason this website exists is to prove that it’s never too late and you’re never too old to make a change or start something new. If you’re not subscribed to my YouTube channel, consider making that happen. I’m making videos twice a week that surround men’s lifestyle topics.
I hope you liked this quick look into button down collars and I’ll see you in a few days for a brand new video, but until then, live well, stay healthy and I’ll see you very soon.