Personally, I’m not the greatest at accepting and responding to compliments. I’m pretty good at giving them, but accepting a compliment is uncomfortable for me. I’m working on it though, and in this post, and attached video, I’d like to share with you some of what I’ve learned about why some people feel uncomfortable accepting compliments.

Why it’s hard to accept compliments

So, why is it so hard to accept a compliment? For me, I think it’s a few reasons. First, I don’t want to say the wrong thing that makes me seem egotistical. Another reason is, I worry about what that person might want from me, so I close up and don’t let them in. I end up deflecting or brushing off the compliment to make it seem like it’s not that important. And in reality, it’s probably NOT that important, but to the person giving the compliment. It IS important, otherwise, they wouldn’t have said it. 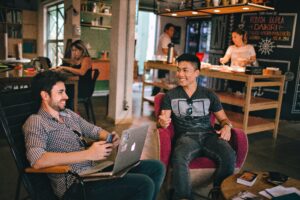 Be careful not to deflect the compliment

That person just went out of their way to say something nice to you. It could be a family member, or someone you’ve known for a long time, or even a total random stranger. They noticed something about you, and wanted you to know they noticed it, and really liked it. There’s nothing wrong with that. But here’s the thing, if you don’t acknowledge and accept the compliment correctly, you can come off as kind of a jerk and make them feel bad for even saying something nice to you. Here’s an example;

“Hey Tom. I noticed those sweet boots you have on man.. they look awesome!”
“They’re okay… I don’t wear ‘em that much… the color’s a little weird”.
“Oh…. Okay. I thought they looked cool.”

Someone just gave you a compliment, and you made them feel bad about it. Not only that, but you also implied with an insult that they don’t have a good sense of style or color.
Do this instead;
“Hey Tom…… I noticed those sweet boots you have on man.. they look awesome!”
“Hey, Thank you very much man! I appreciate that. They’re new and I’m trying something a little bit different.”
See the difference? 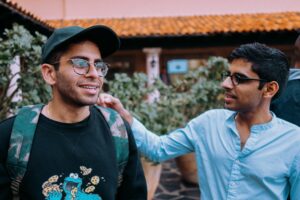 Another way to get better at accepting compliments is to not over share or over explain. Here’s what I mean;

“Hey Marco, that jacket looks awesome! The fabric looks really comfortable!”
“Thanks man. It’s been in the back of my closet for a while because I’m not really sure about it. I got it about two years ago at this really small shop over on Broadway. The sales guy I talked to had this huge mustache and kinda smelled like leather. He tried to get me to buy the larger size, but I didn’t think it fit quite right. There was a sports bar a few doors down, so I went in to catch the second half of the game. I ordered this humongous tuna melt that I practically had to eat with a spoon.”

This is over sharing and it’s too much. Don’t make the other person regret giving you the compliment.
Try this instead;

“Hey Marco, that jacket looks awesome! The fabric looks really comfortable.”
“Hey, thank you my friend, I appreciate that! It’s been in my closet for a while and now that the weather is cooling off, I’m rediscovering it.”
Much better.

Try not to correct them

The next way to get better at accepting compliments is to not deny or correct someone. Here’s what I mean;
“Hey Joe, I really like those brown Oxfords you have on. You look sharp in those things.”
“Thanks, I appreciate it. They’re not Oxfords though, they’re Derby’s.”
“Oh…. Okay. I didn’t know that Mr. fancy pants. What… are you better than me now!?” 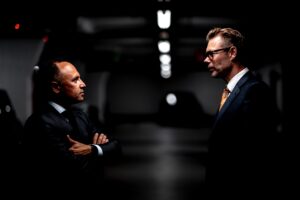 Acknowledge the compliment and make them feel good

Make that person feel good about giving you the compliment. Recognize the specific thing they complimented you on, and acknowledge that. Don’t deflect and don’t deny. For me, since I’m practicing what I preach, I’m working on this by recognizing the compliment and simply saying back to the person; “Thank you very much. I appreciate that.”