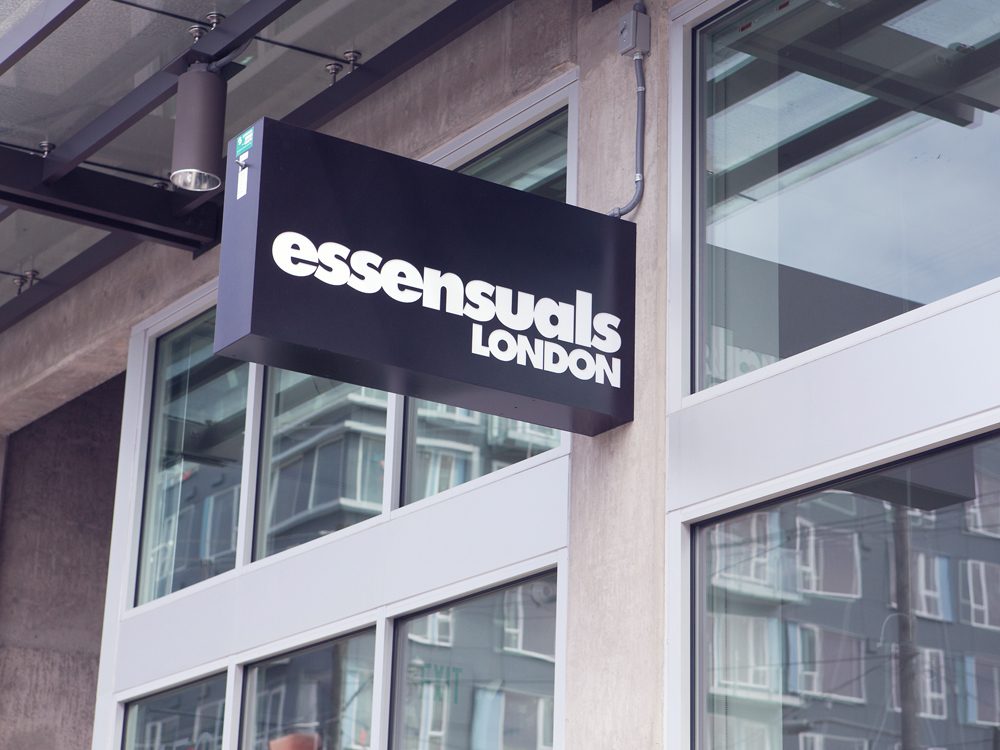 Gentlemen, look in the mirror and be honest… how long have you been wearing the same hair style? 5 years…10 years?

If it’s time for an update but you’re not sure what to do, I highly recommend making an appointment with Jason at Essensuals London.  They’re a relatively new salon on Capitol Hill and it’s an amazing place to spend time.  The salon design is modern, minimalist, clean and the service is exceptional. 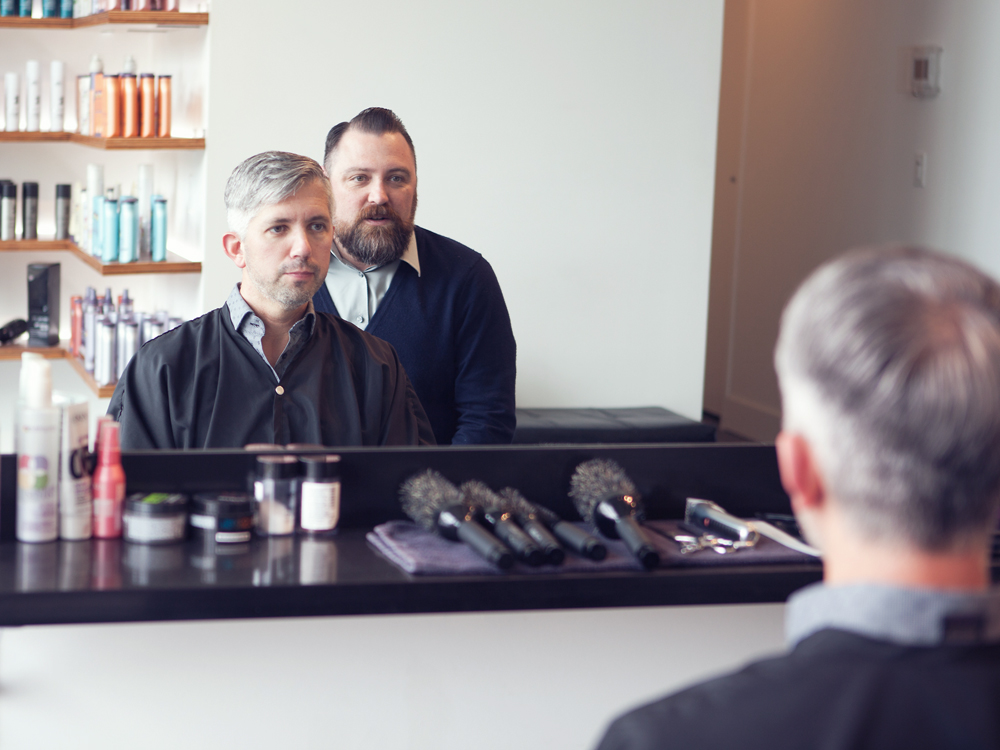 When he sat me down, we talked for a while about what I wanted, what I liked, how I like to wear my hair and some problems I’ve had with it. He talked to me about face shape, eyebrow alignment and jawline. Stuff I’ve never even thought about before in terms of a hair cut. 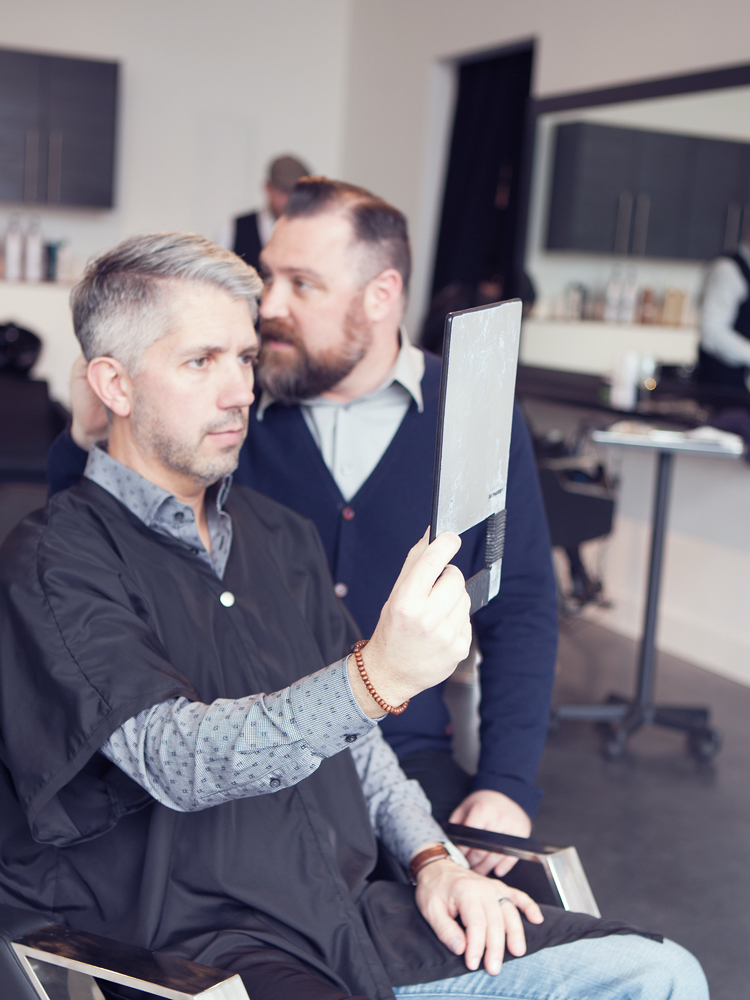 He showed me some things about my current cut that were working against my head/face shape and made some recommendations on how to change it up slightly to make it current while still remaining age appropriate. 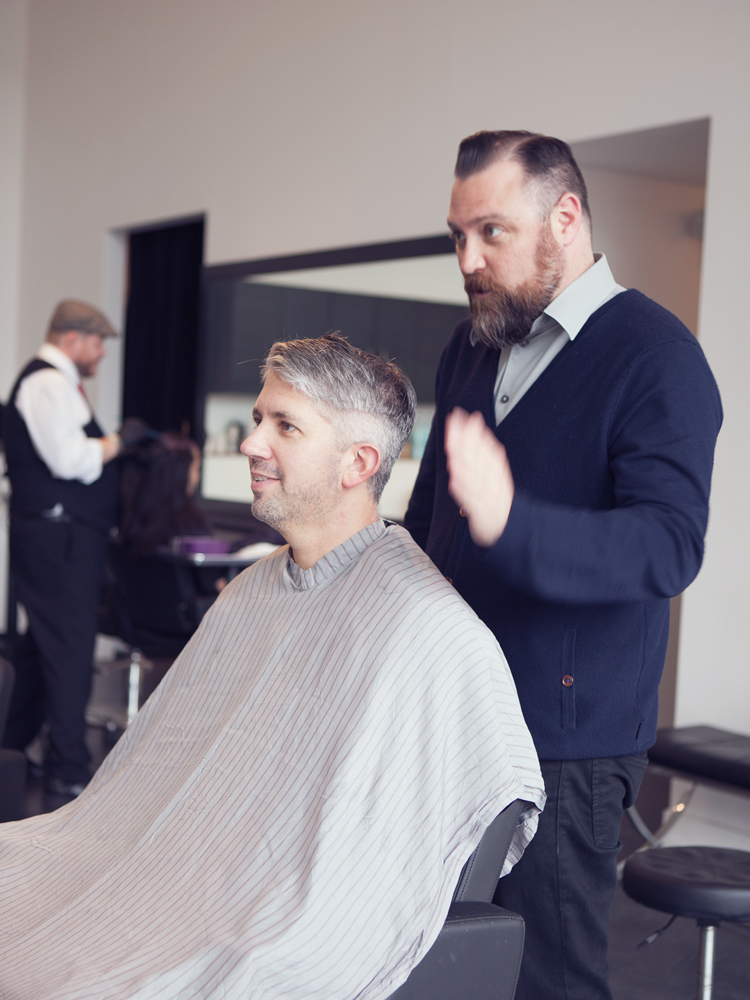 Once we settled on a plan, Jason went to work. He didn’t use electric trimmers, but instead used a hand-over-comb technique. This took a little longer, but I was able to feel the artistry that way. It sounds odd, but it’s true. I honestly got the feeling that he was doing everything in his power to give me an amazing cut. It’s quite an accomplishment to deliver that level of artistry while holding on to high quality service and customer experience at the same time. The man has skills! 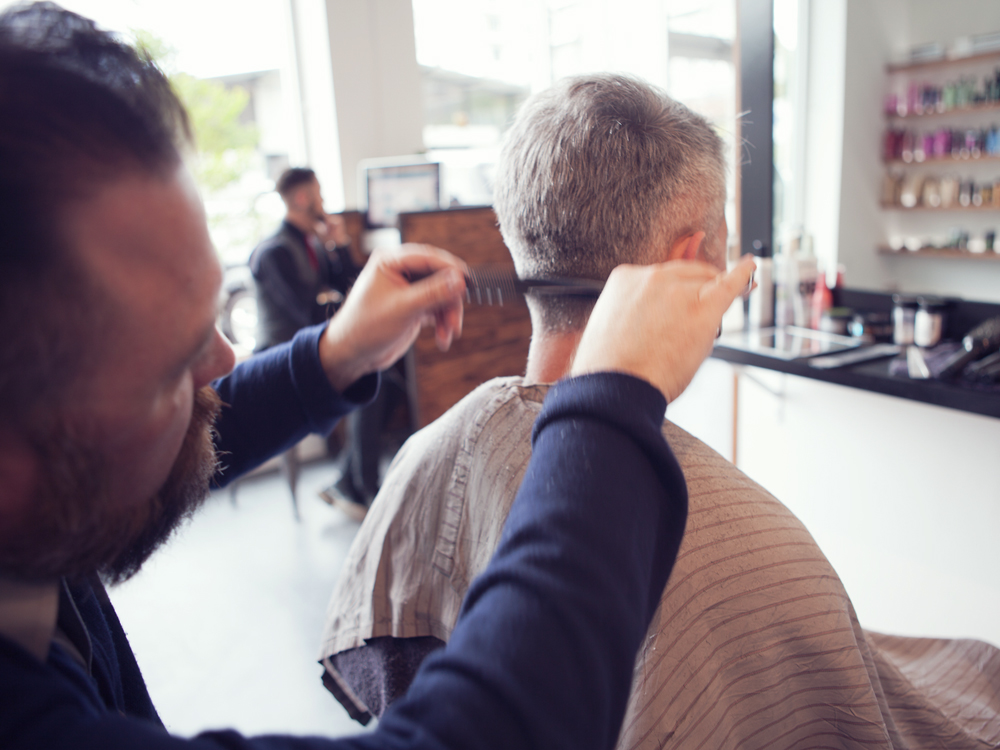 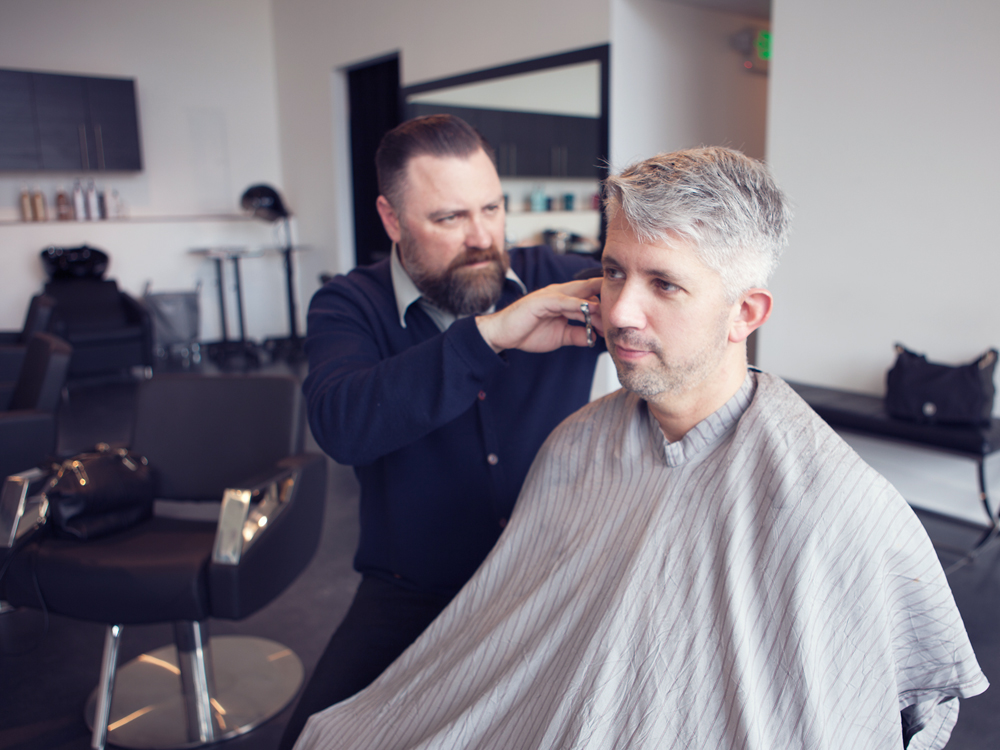 I’ve always had a somewhat hard time defining my part, so we talked about cutting in my part more prominently. I gave him the green light to hand-cut my part line to better define it. I’ve seen other people have that done, but I’ve never had it. I must admit, it’s pretty rad. 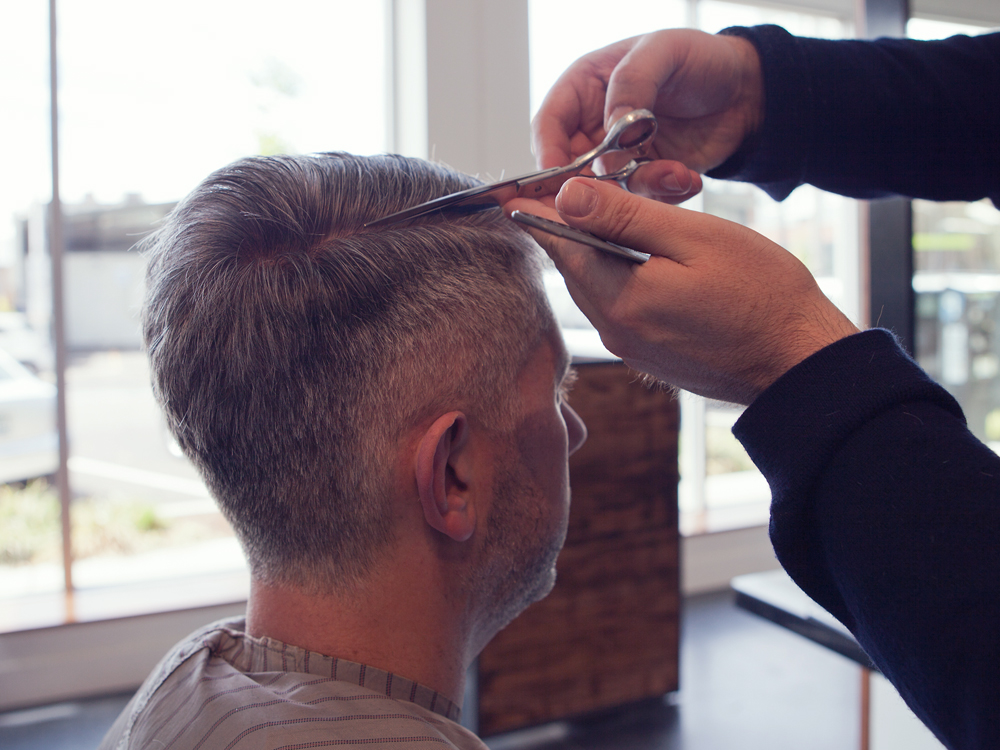 After the cut, we talked about styling options and products.  I’m not one to use a blow dryer and I’d rather not have to.  No problem.  He was able to give me the exact look I was going for with even less effort than I was currently used to. 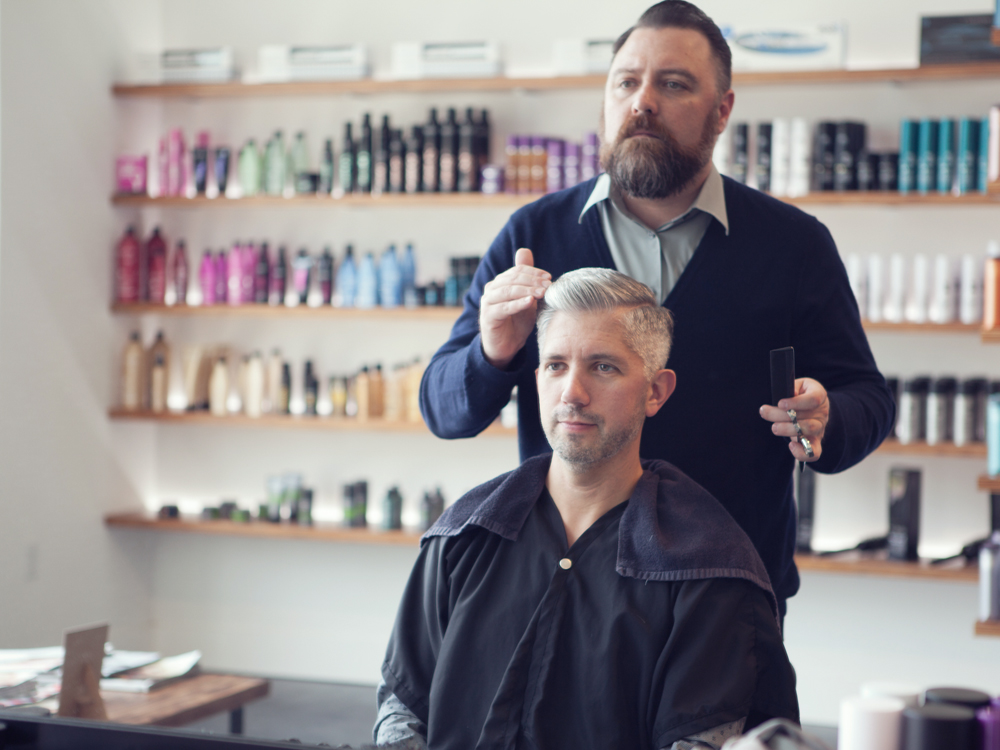 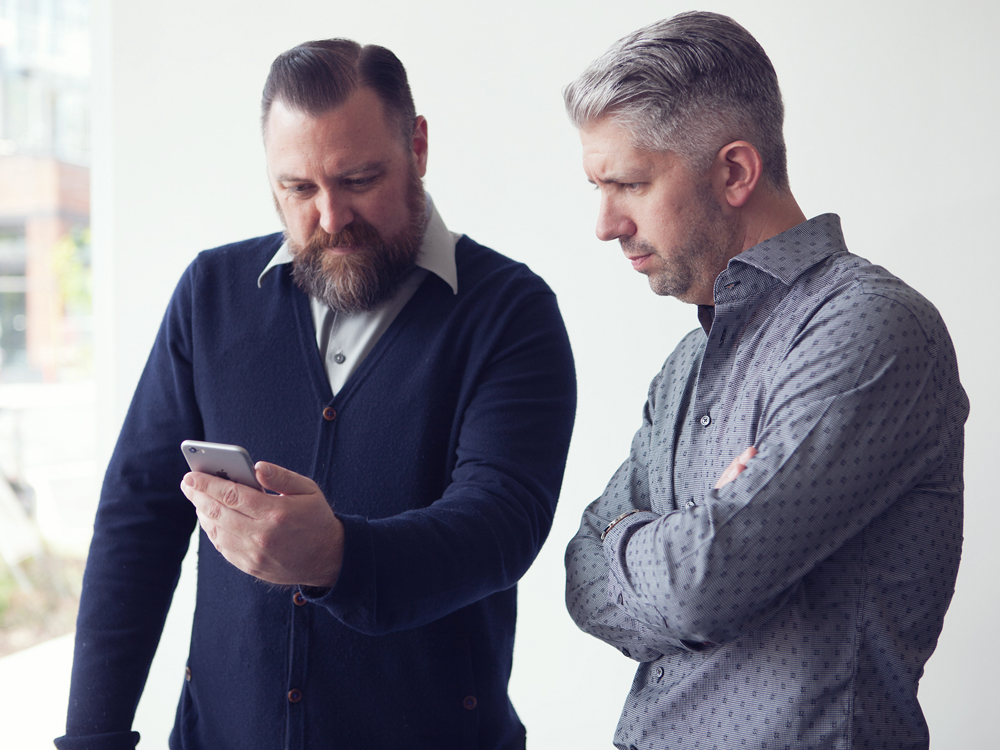 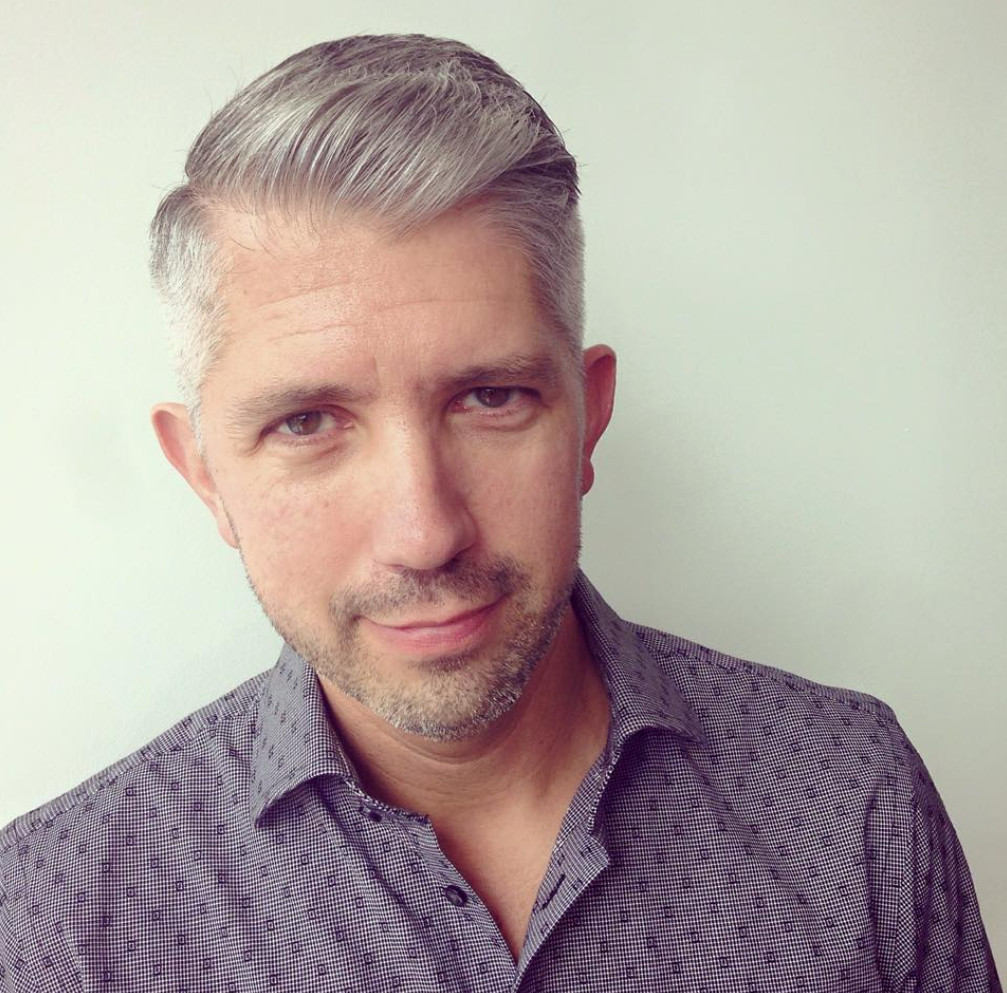 I’m incredibly happy with my new cut.  It fits my face shape better and the bulk has been removed.  It’s super easy to style in the morning and it stays in place all day.  I even picked up some new Redken Clean Brew shampoo and Redken Outplay texture putty.

Gentlemen, see that guy in the mirror looking back at you with a fresh new modern cut?  He looks like a million bucks.  He looks like he’s got his act together.  He looks like he means business.  Guys, it all gets back to your image and caring enough to look after yourself.  If you care enough to work on it and look your best, people will take notice.  You deserve it.

I’ve included a few extra shots of the salon owner (Jason Townsend) and the salon itself.  Again, I highly encourage you to make an appointment.  You won’t be disappointed. 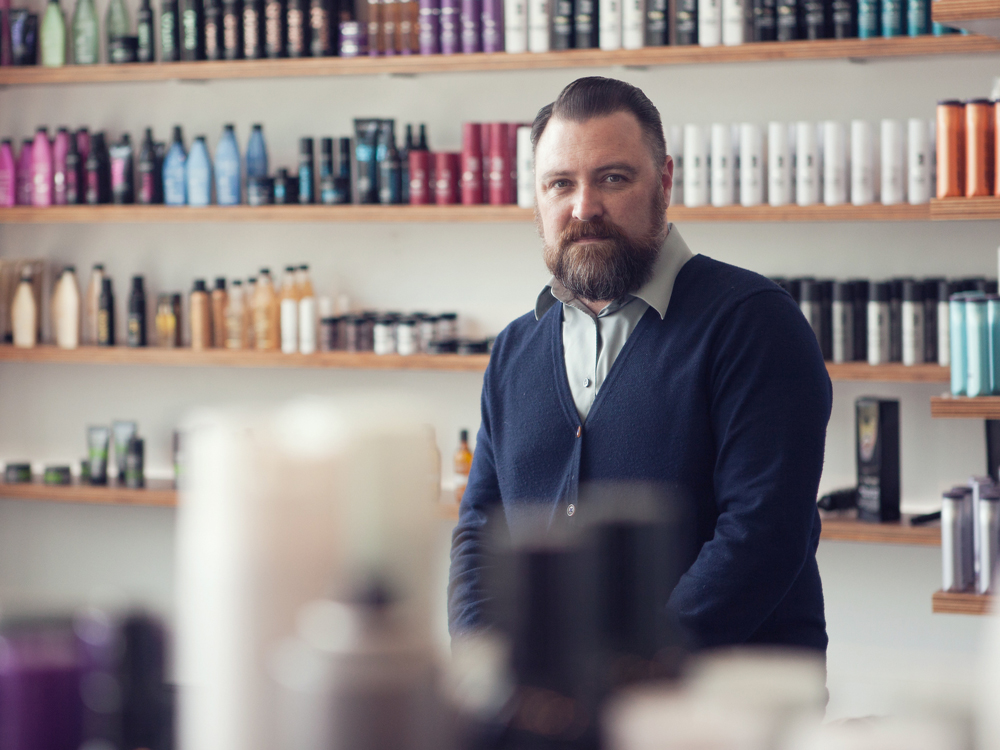 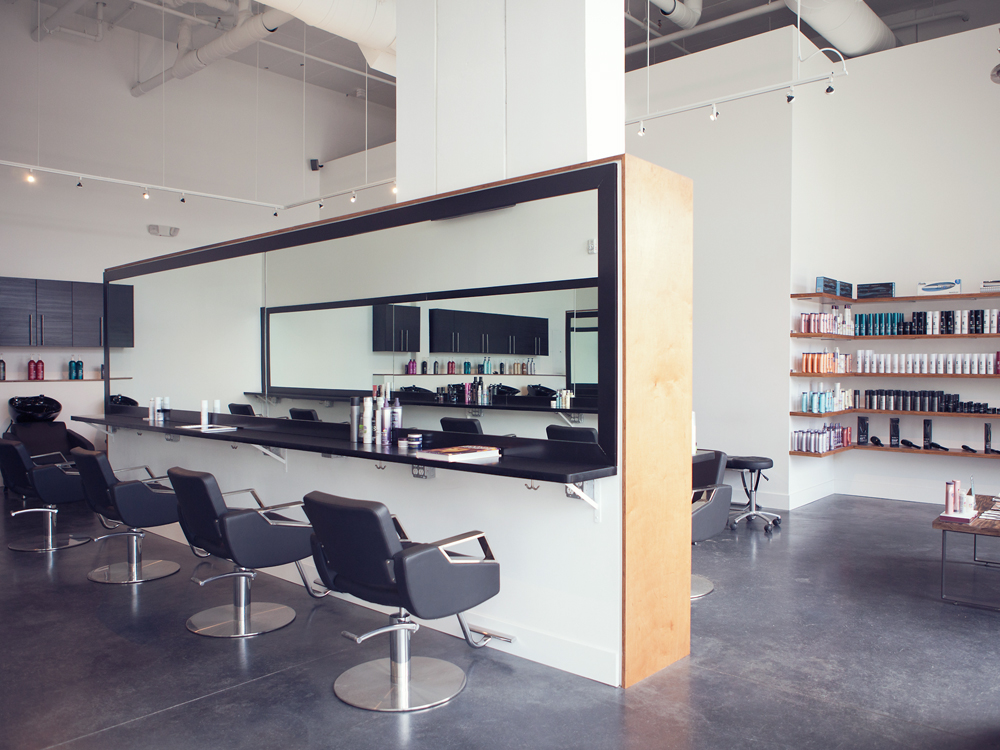 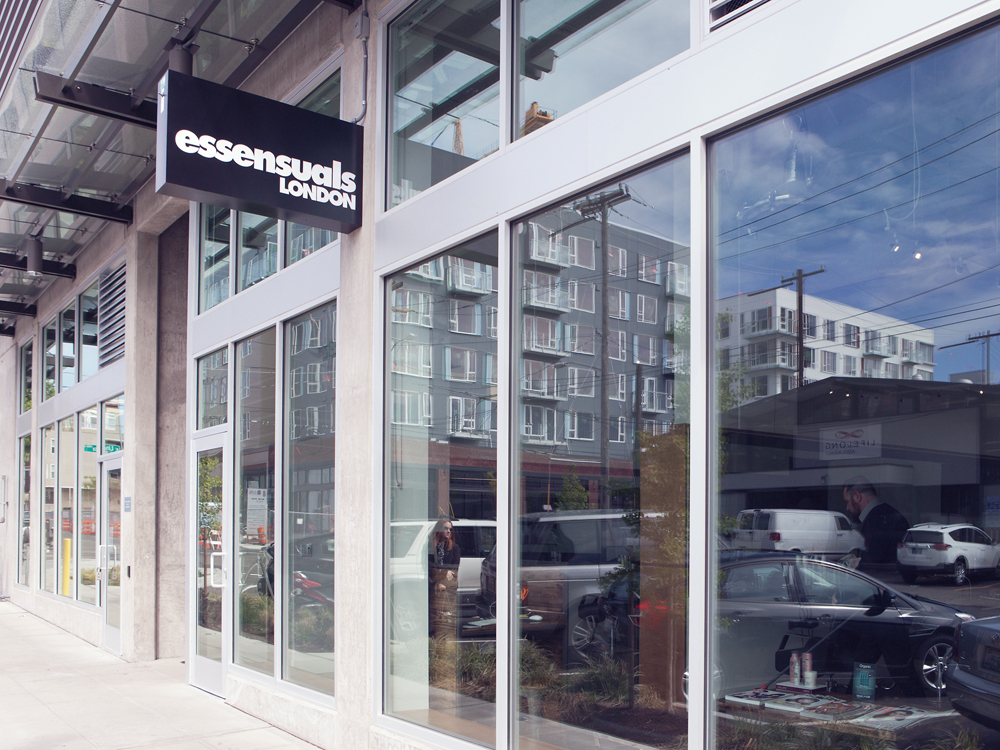