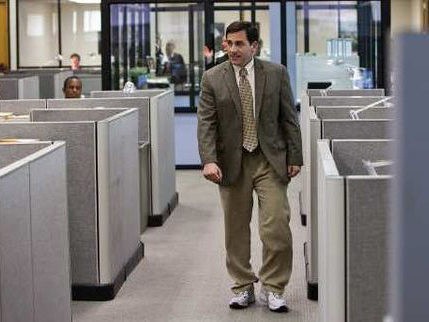 Are you open to change, or does the idea of buying new clothes freak you out? Where do you start?

The answer is, somewhere… start somewhere, just start. Last weekend I took an old friend shopping. He’s in his mid-50’s and realizes he’s stuck in a rut and wants to do something about it. He’s newly married and apparently he’s getting some encouragement from his spouse to step up his style game. He’s just like so many other guys that want to make a style change, but isn’t exactly sure where to start. I’d classify him as casual to refined casual. Typical outfits would consist of jeans, a button up shirt and athletic sneakers. 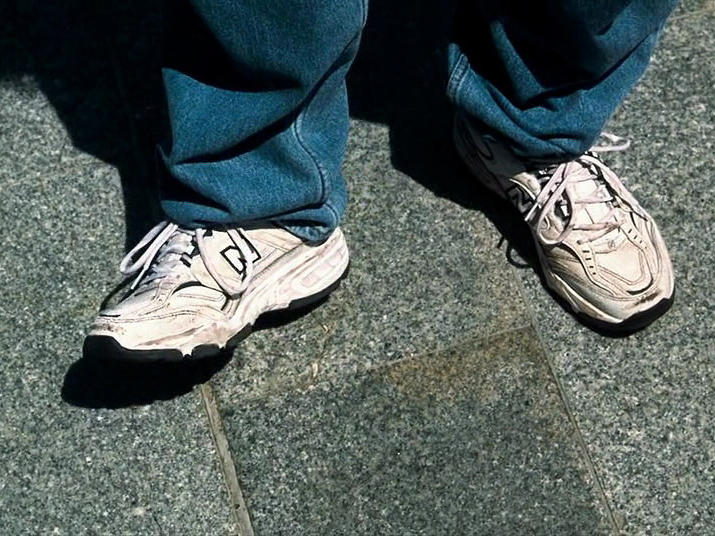 We met at Bellevue Square with the intent of just trying on a shit-ton of clothes, which he did. Goals for the day were pretty loose, but mainly it was about finding other brand options and fit options other than what he’s grown accustomed to. There was no pressure to buy anything. He was great to hang out with and introduce new styles to because he was open to change. He’s average height and slender so finding things that fit was fairly easy, but as it always happens, every brand fits differently on different body types. For example, I took him to Banana Republic to try on the Traveler jeans (one of my all-time favorites) and surprisingly, they didn’t fit him that well. They fit ‘okay’, but not OMG great. On the other hand, the J Crew slim jeans fit him great.

I took him to a few other stores to try on some tailored cut dress shirts, blazers and chino’s and had some success. Yes, trim cut shirts are going to feel a little different than loose boxy cut shirts and that’s normal and may take a little getting used to. Shoes however, that’s gonna be a little more difficult for him. He’s got some mild back issues and seemed fairly stuck on the white athletic sneakers he was wearing.

I showed him some things to watch for in shoe design and encouraged him to keep looking for a more stylish option that also fits his comfort needs instead of settling on the sneakers. 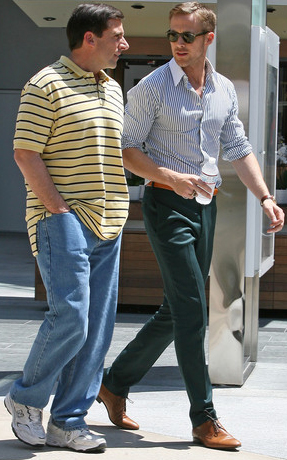 In the end, he didn’t buy a single thing and that’s totally fine. The purpose of the afternoon was to just explore some other options and be open to them. If something doesn’t fit, don’t freak out, just go somewhere else and find something that does.

Just start somewhere. If you haven’t see the movie; Crazy Stupid Love, do yourself a favor and watch it.  Here’s a short clip from the movie.  Watch it all the way to the end because the last line may hit home.

IT WAS 94 DEGREES IN PALM SPRINGS YESTERDAY…. IN