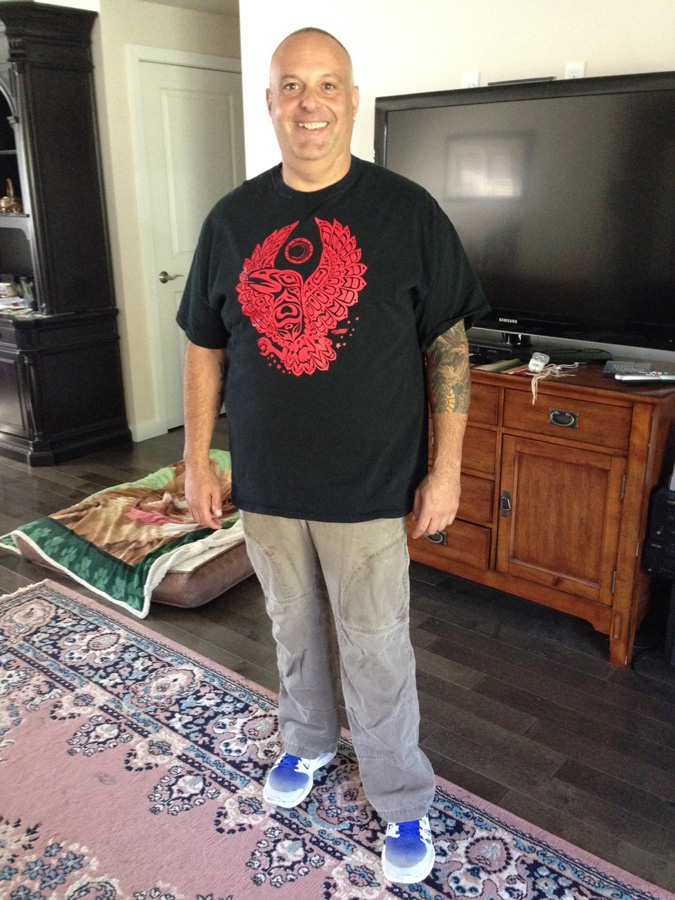 I had the pleasure of spending the day with my childhood friend, Ray the other day who I’ve been friends with since the 7th grade.

We’ve fallen in & out of touch over the years, but every time we connect it’s just like old times. Ray has recently lost 90 lbs (with more to go) and he’s wanted to up his style game for a while.  So he called me up and wanted me to go shopping with him. He has a new sales position and he needs a more age-appropriate and professional appearance. As you can see from his picture, he needs some help in the professional attire department. 🙂

We started out with shoes over at DSW. He wanted something comfortable and versatile without being too dressy. After looking at several different shoes, we landed on these sweet driving mocks from Mercanti Fiorentini. He didn’t have a brown belt, so we scored a perfect match there as well. He was wearing white athletic socks and wanted something more current, so he picked out a 3-pack to finish off our stop at DSW. He wore the shoes out. 🙂 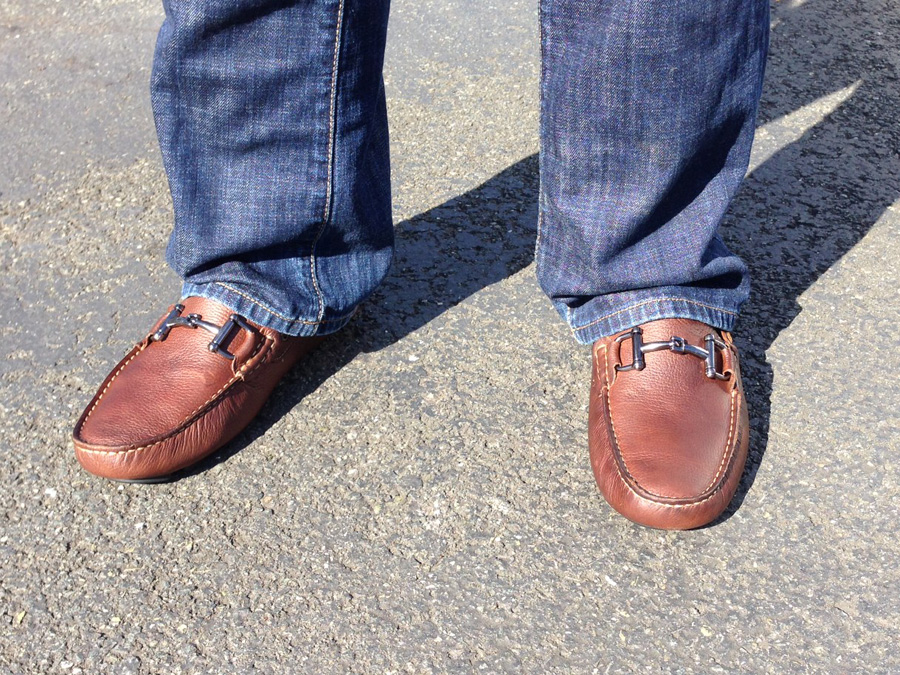 Next stop was the mall to look at dress shirts. I had several stops I wanted to make with him and the first stop was Nordstrom to test fit a few sport jackets. After that we went over to Express to test out some fitted shirts. We almost found a great fit, but the shirts at Express are just a little too fitted for his physique. From there it was a quick stop at H&M. H&M is a bit too young for him and the sizes aren’t adequate, so we hit up Banana Republic. I had him try on three different cuts; the Tailored Slim Fit, the Slim Fit, and the Classic Fit. All of these shirts are cut differently for different body types, so just trying on the different cuts is a learning exercise. We found a really nice shirt in the Classic Fit, but decided to move on since it still needed tailoring in the sleeve length. We figured we’d come back later if we still wanted it. Did I mention that the sales lady commented on how nice his shoes were? 🙂  This will be a trend of the day… keep reading.

At this point, it would’ve been easy to get discouraged because we’ve already been to three stores and haven’t really found anything we were jumping over. Ray was a trooper. Like I’ve said before, different manufacturers use different models to make their clothing, so if one store doesn’t work out, just go to another store.

Our next stop was Jos A Bank where we hit the mother-load. They were having a sale on 3 dress shirts for $99. The first shirt he tried on was instant success. Perfect sleeve length and cut for his body type. He never liked tucking in his shirt before, but once he did he looked like a million bucks. We ended up picking out three shirts and went to get lunch. He was so fired up he wore one of the shirts out of the store. Look at this guy!  He looks great and he looks like he means business! 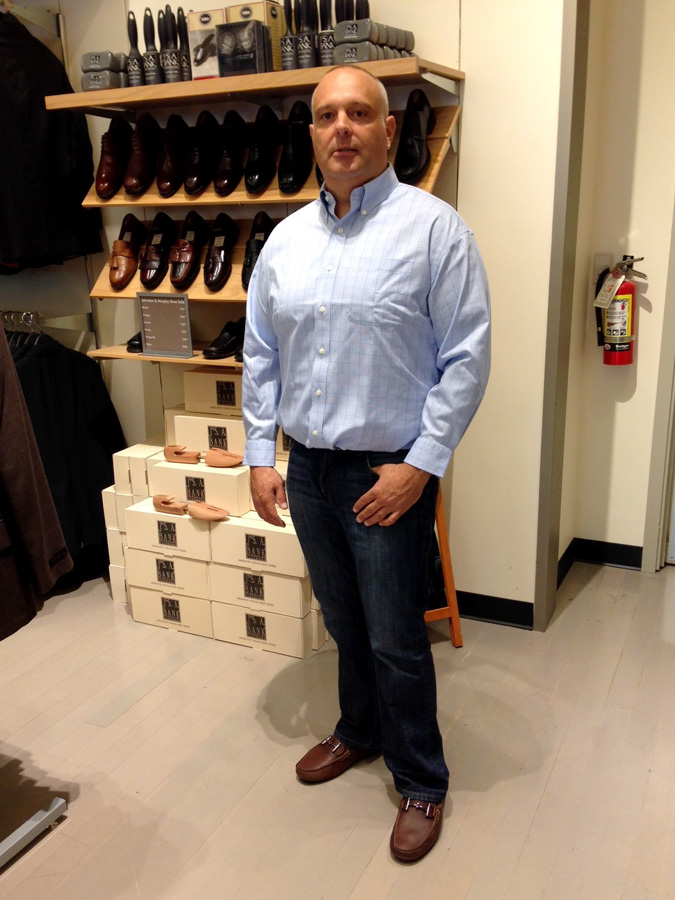 Here’s where the day gave us a little bonus. As we walked into the restaurant, the cute hostess girl gave Ray a once over. Her eyes went right to his shoes and all the way back up to his face. It happens quick, so watch for it next time. We both noticed and laughed about it.

I’m telling you, women notice your shoes! Your shoes say a lot about who you are. Ray looked good, he felt good and he’s still the same authentic person, he’s just presenting himself to the world a little bit better. You can’t argue with that. Here’s all three shirts he picked out. 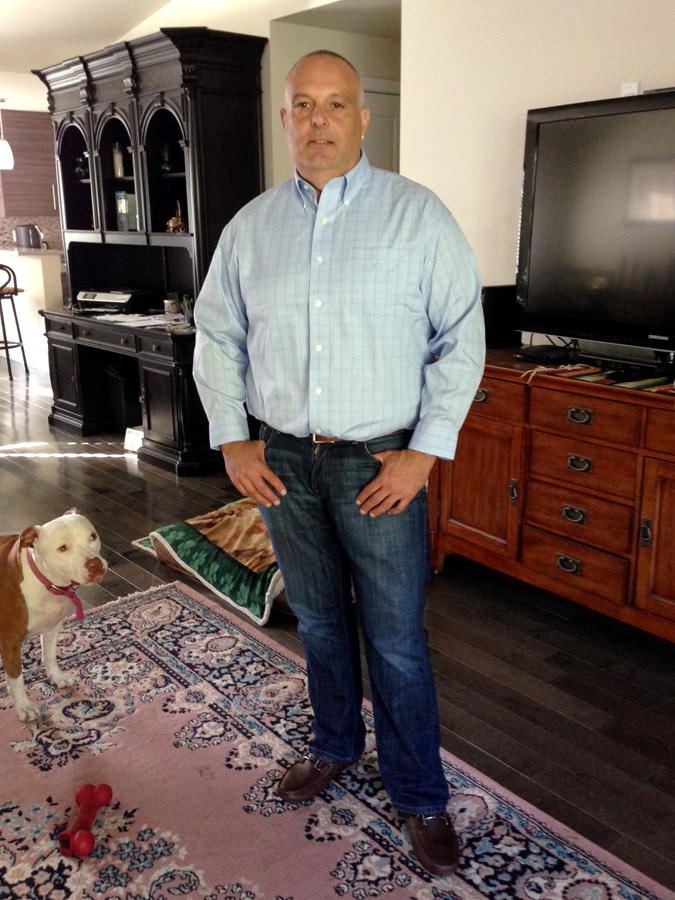 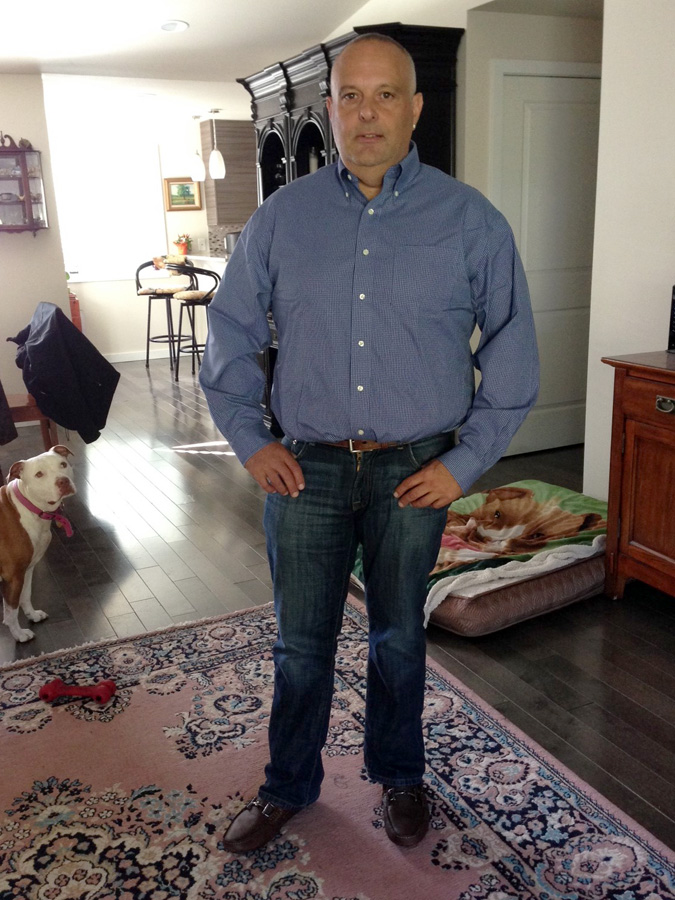