I’ll be honest, mixing patterns used to freak me out.  I still have to be careful, but once you learn this one general rule, you’ll be a pattern mixing master and you’ll start separating yourself from the pack.

– You’re allowed three patterns per outfit and they must all be different.

There’s obviously exceptions to every rule, but if you start with just two or three patterns, you’ll be good.  Let’s look at some examples. The outfit below works for several reasons.

First, the plaid vest, striped shirt and dotted tie are all different patterns.  Nothing is clashing or competing against anything else. Secondly, the colors are all within the same family, but I’ll leave the color wheel for another post. 🙂 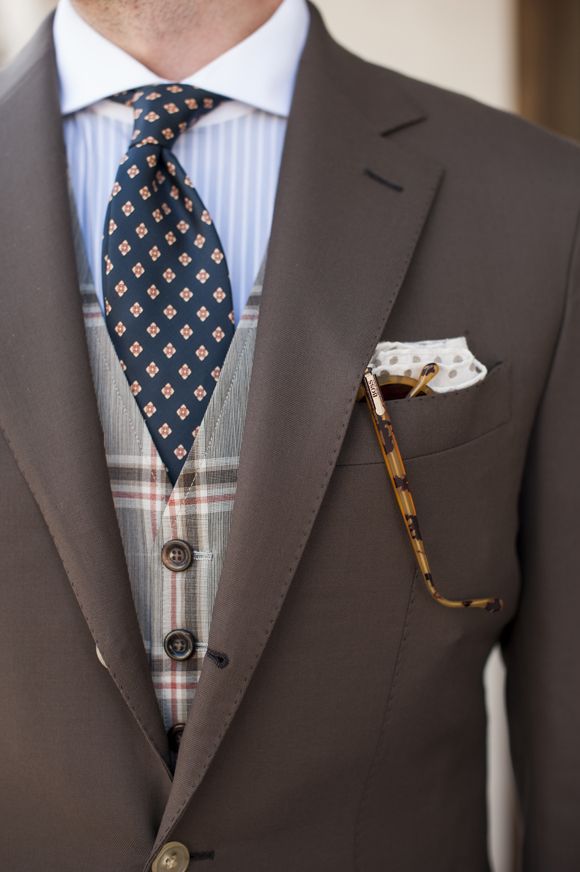 Next up we have three patterns using no colors other than black, white and gray. Even though the window pane jacket and check shirt are both square patterns, they’re completely different sizes. The plaid tie lands somewhere in the middle and since it’s a dissimilar plaid pattern, it works.

Next, we have another window pane jacket, but this time with a very narrow stripe shirt pattern with a medium-spaced paisley pattern tie.  I’d probably go with a solid pocket square, but whatever, the small dots seem to look okay. 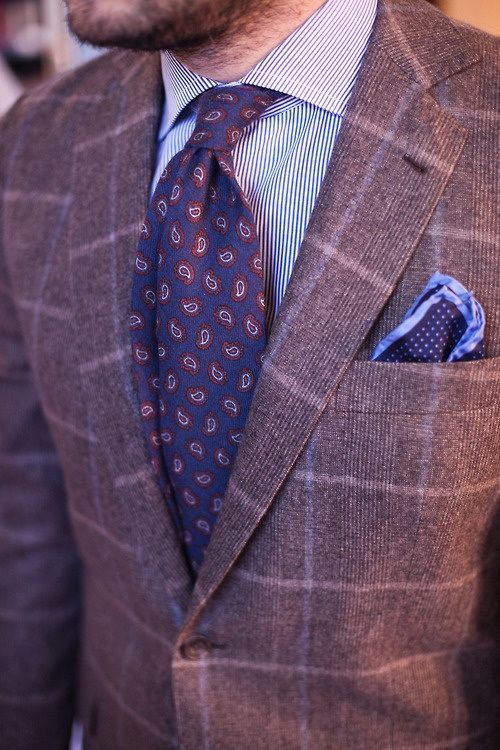 Now we’re mixing a glen-plaid jacket over a narrow stripe shirt with a dotted tie. Notice all dissimilar patterns and pattern sizes. The small dots work because of the large spacing.

Next up we’ll take a look at mixing stripes.  The jacket has wide pinstripes and the shirt has thin, narrow stripes.  The tie has a large paisley pattern.  The colors are similar, but the patterns are the distinguishing element.

Now let’s go the opposite direction.  Narrow pinstripes on the jacket with thick, wide stripes on the shirt along with a tight dot pattern on the tie. 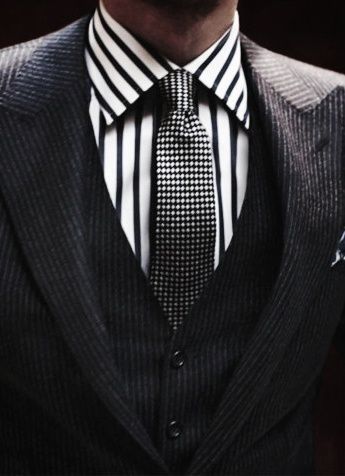 Let’s look at a few images only dealing with two patterns. When in doubt, go for stripes with dots. 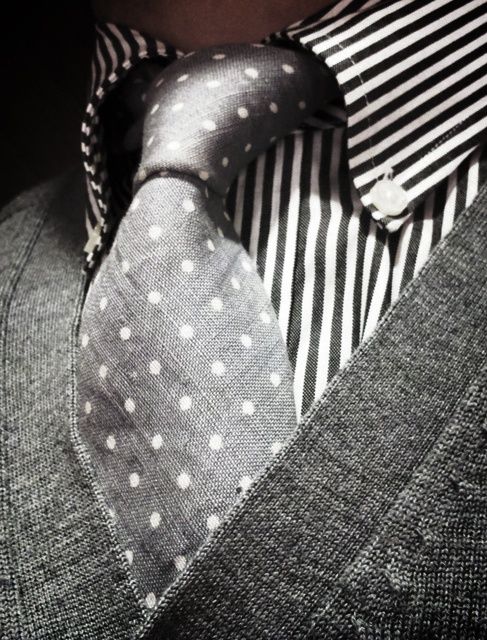 Here’s an example of checks with dots. 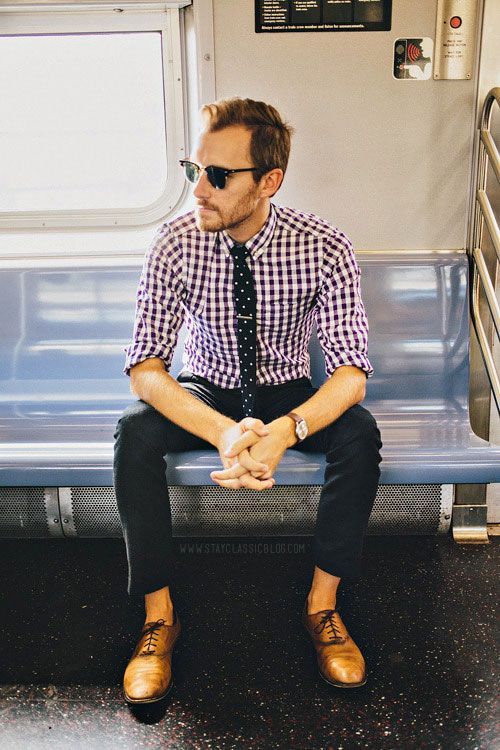 I hope this helps take some of the apprehension out of mixing patterns. I’ll leave you with a few of these advanced moves. 🙂 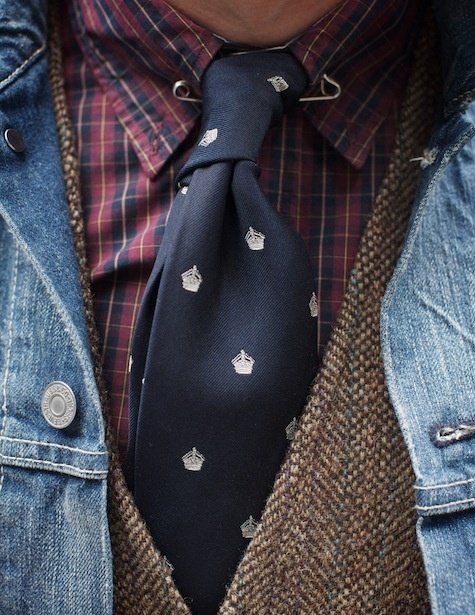