I was out for drinks and appetizers the other night with my girlfriend and her sister. As we’re sitting at our table I’m just casually observing people, as you do, I noticed a lack of general etiquette from a lot of the men. Now, I’m not talking about prim and proper 5-star table manners, but just general politeness and regular table etiquette that every man should know.

Okay, I get it. Maybe we’re just a little rusty when it comes to dining out because we’ve been cooped up inside for so long. But now that restaurants and bars are opening back up again (depending on your town), let’s talk about etiquette when you’re out for date night, or just out with some friends.

Open the door for her

Okay, first up; if you’re on a date or with any female friend, always open the door for her and let her enter first. Also, when you’re being shown to your table, let her walk first. I don’t care if it’s your sister or someone you’ve known forever. It just looks bad when you walk in front of the lady. I saw this a few times the other night and it struck me as a little odd because this is general male etiquette 101. And it’s something (at least in my opinion) that every guy should be practicing. Don’t make a big production out of it, but make sure you get to the door first and open it for her. If you’re being shown to your table, always let her walk first. If she looks to you to go first, just say; “After you”. 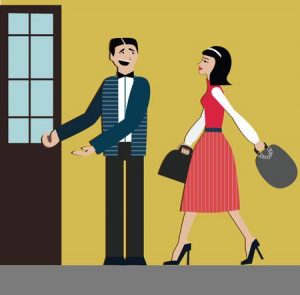 Next, always let the women at your table order food or drinks first. In nicer establishments, the servers are trained to always ask the ladies first for their order. But if they don’t, it’s up to you to always have the ladies at your table order what they want first. Don’t jump the gun here. Be patient and let them go first. If they’re not ready or something that’s fine, but if she looks to you to go first, just say; “After you”.

Say; “May I have” when ordering

Next up, if you order a mixed drink or a cocktail and it comes with a straw, go ahead and stir your drink with it if you want. But after that, remove the straw and set it down on your coaster. No man should ever be seen sucking down a drink through a tiny cocktail straw. It’s awkward and it doesn’t look cool. 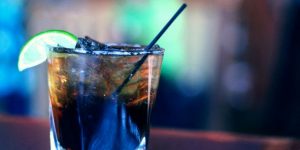 Be present and stay off your phone

Next is be present. Try not to be on your phone when other people are talking. Now, truth be told, I’m guilty of this from time to time. I have a lot going on at all times of the day and my phone is a component of how I stay connected. However, I’m sure we’ve all experienced trying to have a conversation with someone who’s staring at their phone. It sends the message that the phone is more important than you and they’re not listening. Try not to send that message. 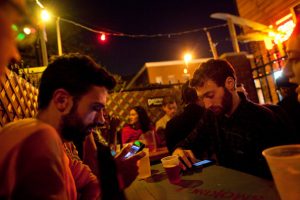 Your napkin goes in your lap

Next, If you’re sitting down for a meal, your napkin should already be on the table when you sit down. Proper etiquette is to place the napkin on your lap as soon as you sit down. Even before the food comes. If you’re at nicer place and it’s cloth napkin, place it on your lap when you’re initially seated. Now, if you’re at a brewery or something super casual with paper napkins, proper napkin etiquette isn’t so critical. But when the food comes, the napkin goes on your lap.

Next on my list is to pay attention to conversation and engage the person talking. There’s all sorts of tips out there on how to hold a conversation and ask better questions. But a few of my favorites are mirroring and asking follow-up questions. Mirroring is repeating back to the person something they just said when they were talking. You can also ask follow up questions like; “What was that like for you?” or “How did that feel?” This might be a topic for another video, but the bottom line is, be engaged, don’t make everything about yourself and don’t interrupt. 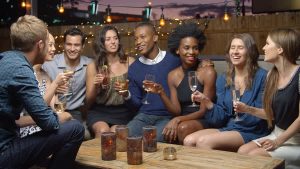 Pay attention to your attire

Obviously, since we talk about talk style on this channel a lot, this should go without saying. But in my opinion, you should always at least make an effort to look polished. Now, you don’t always have to look your absolute best and go crazy with it, but at least pay attention to what you’re wearing. Just by paying a little attention to how you present yourself goes a long way in how you feel about yourself and of course how people see you. If you’re into fragrance, pick a nice evening fragrance that compliments the mood and the weather. 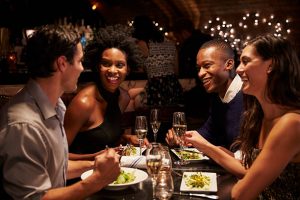 Use salt on your coaster

Next up, I have a quick tip for you. But first, if you made it this far in the video, pat yourself on the back and hit the thumbs up button to let me know how many of you stuck around this far. Okay, say you’re having a beer or a cocktail and your glass is sitting on a coaster or a napkin. If your glass sweats and the coaster sticks to your glass, add a little bit of salt on your coaster and the glass won’t stick to it. Not too much though so it won’t make a mess, just a little bit works. 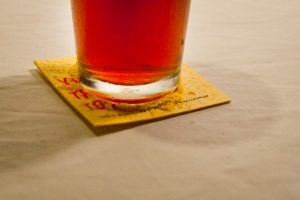 Be courteous to your server 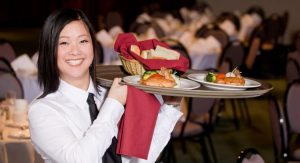 Before I go, it’s story time. Okay, every so often I’ll ask my server what their “thing” is. Think about it.. a lot of people have service jobs to supplement their true passion or the “thing” they’re trying to grow. If I genuinely ask them about their passion, they light up and they tell me because they want to talk about their passion. I’ve met some amazing people that way. I’ve met incredibly talented artists, band members and entrepreneurs that just haven’t broke through yet, but their time will come. I follow a lot of these people on Instagram and I root for them all the time. It’s just incredible what people will tell you about themselves when you show a genuine interest and provide an opportunity for them to share it.